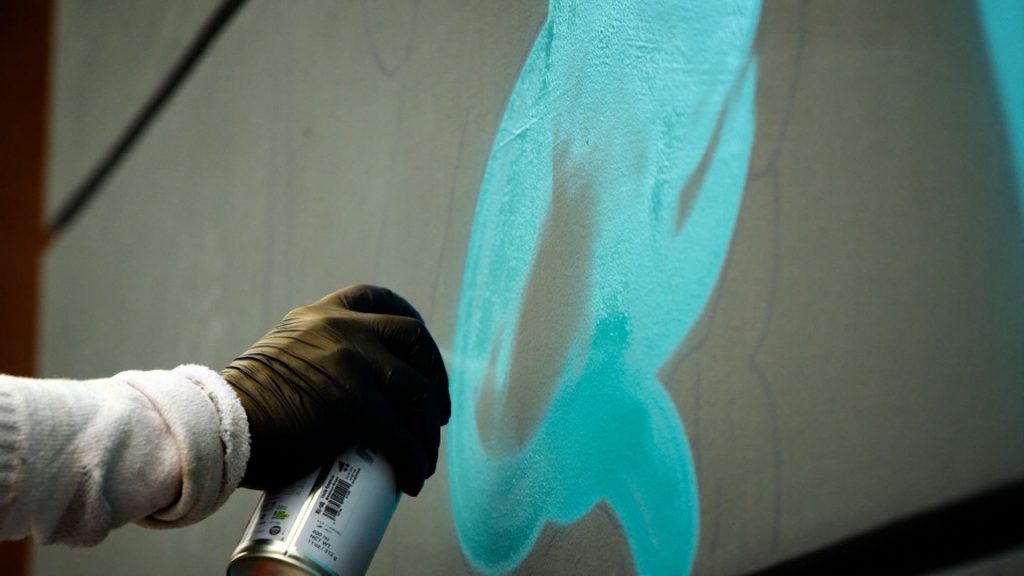 DUBAI – It boasts the Guinness world record for hosting the longest graffiti scroll in the world — but unlike other major metropolises, don’t expect to see much street art in Dubai.

That’s because graffiti is illegal in the United Arab Emirates.

Aside from dust that gathers from occasional sandstorms, Dubai’s glimmering skyscrapers and public transport vehicles are nearly spotless.

Still, street art has exploded in popularity in Dubai over the past few years, though it’s found mostly indoors, in art galleries or private exhibition halls.

But things may be changing.

A local company in this Middle East hub recently commissioned 16 of the world’s top street artists to paint, sculpt and weave their work on the walls and structures at an open-air shopping mall just a short drive away from the Burj Khalifa, the world’s tallest building.

“It’s quite unique because it’s the first time in the Middle East that you gather so many artists in one space,” said Alexandre Farto, who goes by the moniker “Vhils.”

The project, called “Dubai Walls,” hopes to “introduce street art to the Middle East,” according to their website. Organizers say they hope to spark a conversation about this “exciting art movement” among both tourists and residents of the city.

Shopping malls in this bustling financial hub are no stranger to launching unique attractions in a bid to draw visitors. The nearby Dubai Mall, which also boasts a Guinness record for its size, contains one of the world’s largest aquariums, an ice-skating rink, and a 155-million-year-old dinosaur skeleton.

And Dubai Walls have got the official seal of approval… well as good as. Funding comes from Meraas Holding, which is owned by Dubai’s rulers.

Xavier Prou, a Paris-based artist known as as “father of stencil art,” was invited to participate. Prou is credited as being one of the influences behind enigmatic British artist, Banksy.

“It’s completely weird. Dubai is the most modern city in the world,” said Prou, who’s more commonly referred to as “Blek le Rat.”
“It’s really a contradiction when you see such a modern city without any art in the streets.”

That changed by the time he left, with several of his stenciled designs, including a ballerina featuring his signature black rat, adorning the open-air mall.

Magda Sayeg, known as the “Yarnbomber,” knitted colorful covers for the trunks of palm trees at the mall. Others, like Australian artist “Rone,” created murals so high they needed cranes to paint the walls of multistory buildings.

However, the cleanliness of the city was a challenge for some artists.

Stuart Pantoll, also known as “Slinkachu,” takes photographs of miniatures he builds that typically incorporate garbage he finds on the ground.

“My work uses litter and objects on the street, so it was a bit harder since Dubai is so much cleaner than London,” he said.

Most of the artists were impressed by the fact that Dubai was willing to commission street art.

“A lot of us just want people to see our work. Back in the day, people wouldn’t show our work, so we had to do it illegally,” said Chaz Barrisson, a member of a street art team known as “The London Police.”

He sees Dubai as a blank canvas: one that could soon have a much bigger tradition of the art form.

“There wasn’t a big street art scene there, so hopefully what we did will influence young kids in the region,” said Barrisson. “I’m sure it will build.”