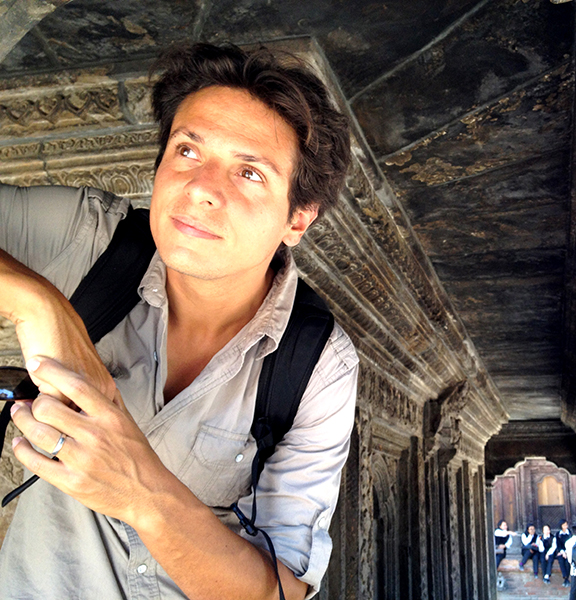 I am a Commissioning Editor for CNN’s Global Features team, based at the network’s Asia-Pacific headquarters in Hong Kong. I lead a multi-platform team of producers and writers who create features content from the region, covering everything from travel to technology.

Since joining CNN, I’ve covered some of the region’s biggest news stories from the field – including the 2014 war in Gaza, the military coup in Egypt, and several plane crashes. I’ve reported live on-air, covering topics from terrorism to technology. But I prefer working behind the camera, writing and producing documentary-style stories about compelling people and places.

In 2019, a half-hour CNN documentary I wrote and produced, CNN World Rugby: Fiji, won the Bronze World Medal in the sports category at the New York Festivals awards. The same program was nominated for Sports Story of the Year at the FPA Media Awards in London in 2018. Another program I produced for CNN, Inside the Louvre Abu Dhabi, was shortlisted in the Arts and Culture category at the AIB awards in 2018 and described as a “masterpiece of journalistic construction.”

Here are a few of my favorite pieces from my time at CNN:

I trekked across the mountains of southern Oman during the annual khareef, or monsoon, when the desert turns misty and green. There I met a young Omani racing to save the last leopards of Arabia. There are only 200 left in the wild – and while filming we discovered that my subject’s own family members were involved in poaching the same animals he was trying to save.

Then there was the time I traveled through Jordan’s Wadi Rum, a wilderness of red sand that Lawrence of Arabia once described as ‘vast, echoing and Godlike’. I profiled several Bedouins who call that desert home. Their ancestors taught them how to sustain life in the harsh climate, but many are facing a new battle for survival: preserving their culture in the modern world.

Dubai isn’t quite as rugged. But I still loved putting together this documentary about the world’s largest shopping center, Dubai Mall. Over 75 million people visited the mall the year we filmed, making it one of the busiest places on the planet – attracting more visitors than Walt Disney World, the Eiffel Tower, and Niagara Falls combined.

My favorite stories explore internal conflicts of complex characters. Here’s a short documentary I produced that illustrates one man’s take on challenging taboos at one of the only tattoo parlors in the Middle East.

Also, stories about archaeology are very fun to work on (see here). One of my favorite heritage sites is the Kasbah in Algiers, which is in serious need of restoration.

Here’s some of my work before CNN:

I covered three popular uprisings and revolutions in 2011. First in Tunisia, then Egypt, then Libya. I spent most of 2011 reporting out of a small apartment next to Cairo’s Tahrir Square. There was a lot of tear gas. Before the Arab Spring, I worked on some lighter feature stories about life in Egypt. This short film was among my favorites – about growing conservatism in Egypt as seen by the spread of electronic prayer devices in elevators.

I used to work as a producer/editor for National Geographic in Washington, D.C.  And got a Master’s degree from the journalism school at the University of Florida.