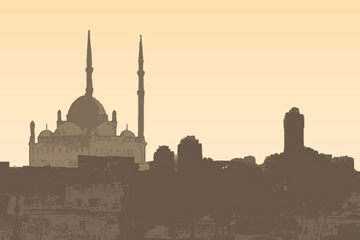 CAIRO, Egypt — Ancient and modern worlds converge in Cairo, the largest city in both Africa and the Middle East. Experience old-world charm and cosmopolitan chic along the banks of the Nile River.

It’s easy to be completely overwhelmed by the chaos of Cairo. With over 20 million residents living and working in overcrowded neighbourhoods, and narrow streets continually clogged with honking drivers, the cacophonous din of the city is constant, even long into the night. Long summer days are made even muggier by a thick layer of dark haze that hangs above the sprawl.

But step back and take a closer look and you’ll find a charming, easily accessible modern city with a thriving arts scene, booming nightlife, and luxurious hotels with world-class dining options. A stroll through any of Cairo’s enclaves will feel more rural than megacity, full of smiling, friendly faces and some of the most generous people in the world.

Most tourists head straight for the desert plateau at Giza to see the 5,000-year-old Great Pyramid and nearby Sphinx. But don’t miss the stunning views at the less-visited step pyramid of Saqqara, the oldest manmade structure in the world, and only a short drive from downtown.

For a view of more recent history, head to Cairo’s old Islamic quarter near the Khan el-Khalili souk, a 14th-century Ottoman market. Get lost as you stroll through the maze-like alleyways of shops selling spices, silver, and other touristy souvenirs. Across the street, the Al-Azhar mosque, one of the most famous in all of Islam, is well worth a stop. Al-Azhar is the seat of the oldest university in the world.

To escape the heat and crowds, hire a felucca, or Nile River sailboat, and waste the day away sailing down the slow-moving river. The lush, tree-lined Zamalek neighbourhood is located on a Nile island, and it too offers a reprieve from Cairo’s traffic and noise. Zamalek is home to dozens of art galleries, boutique shopping, and several 5-star restaurants, the best of which may be Abu el-Sid with its traditional Egyptian cuisine.

No visit to Cairo is complete without watching a sunset. Al-Azhar Park, built on the site of a former trash heap, offers stunning panoramas of the pyramids on a clear day.

After dark, the ‘city that never sleeps’ is increasingly becoming known for its vivacious nightlife. Dance the night away at the posh Absolute, a nightclub with heart-pounding bass beats just a stone’s throw from the Nile. Or check out live Oriental fusion music at the low-key but smoky Cairo Jazz Club in the Mohandeseen neighborhood.